Hi and Welcome to the A & J PEI Treasures E Jean Simpson Author Blog Post and Podcast.  I’m your host, Jean coming to you from the beautiful Province of Prince Edward Island, Canada!!  The blog post and podcast is an opinion piece and only reflects this author’s opinion and not that of any other entity.  I have found that time changes everything in a myriad of ways.  If you want to find out more, then stay tuned…!

People don’t realize how many changes have come around in the past 50 years.  I mean, we point out 100 years with electricity and other such things, but even then, in the past fifty years, things have changed more than most people realize.  For example, when I was a kid, I remember when my mother started to warn her parents to start locking their doors.  When we started locking our doors.  I don’t remember what happened to ensure that we did, but I remember that they were very careful to do so afterward.  This seems a simple thing to many people.  There are still some areas where they don’t lock their doors.  Overall most people now lock their doors.  It is a security measure.  Actually, my father used to say, you have locks to keep honest people from getting into trouble.  Seemed like a strange thing to say, but there is an interesting honesty to that when you understand that houses that are locked are still broken into.

This brings me to another thing that changed.  In the old days, after my grandparents died, they would have been quite safe to leave the house there until family could go through it and not worry about anything.  It was locked after all.  However, much to their disappointment.  They got to the house and it had been broken into and desecrated.  I won’t go into details.  The people destroyed stuff.  What was left, at that point, the family took what they wanted.  They tried to donate the house itself to a historical society, but they wouldn’t take it.  Finally in desperation and not wanting to have the house broken into for parties, they donated it to the fire department.  The fire department burned it to the ground as part of a practice.  All the family memories went up in smoke with it.  The building of their only bathroom (previous to that there was the outhouse).  Yes, they used an outhouse until far enough into my childhood that I remember it being installed.  I remember visiting with my mother.  Both my grandmothers used outhouses and chamber pots.  I used chamber pots.  These are something pretty much unused today and only found in old homes and museums.  You see the National Park outhouses…which are pretty advanced compared to the dig a hole and build a wooden place on it are not like the old outhouses.  Then there was also the having to move it when it got … …’Ummm…filled up.  Now you just go to the bathroom and pull a lever and voila…gone.  My other grandmother’s house got bull dozed.  After she became sick and stopped living there, some family lived there off and on, but it went downhill fast.  It was becoming a danger and so it was gone.

Of course these are just one person’s examples.  There were other things that changed over time that most people don’t consider.  One of these is the television.  When I was a child and until I was in grade school, we had black and white television sets.  I think we had two channels or maybe three.  There was no cable.  There was no wide variety of channels.  There was no Netflix.  It hadn’t even been heard of at that time.  There was a movie theatre in the nearest town.  We would go if there was something we especially wanted to see.  There was also the Drive In Theatre.  That was the most fun.  You could have some control over the sound so it wasn’t blaring in your ears.  You watched from the comfort of your car.  There were drinks and popcorn.  The kids could be dressed in jammies if they were young enough and fall asleep in the back seat.  My brother and I were those kids.  Now the Drive In seems to be an oddity that people go see for the novelty.  Then it was a family event.  An evening out for the whole family.

Of course, the computer age was not even thought of when I was a child.  I learned to type on a Selectric Typewriter in High School.  I was of the electric generation.  Before that they learned on manuals.  The Selectric that I learned to type on was a big green monster of a machine.  When I went to University for my first degree, they were still using cards in computers.  I remember at the end of the year, cards flying in the air.  I also remember gasps of horror if some unfortunate computer science student had an unfortunate incident with his box of cards.  Boxes of cards.  It was a specialty all by itself.  I hand typed my papers or wrote them by hand.  They still accepted hand written papers at that time.  By the time I was in College, I was just on the beginning of the new word processor age.  Businesses had typewriters.  They had faxes.  These were not sleek machines, but monstrosities.  There was also the lovely Teletype that I learned to use while working in a customs office in Niagara Falls.  Now everything is on a computer that takes up no more room than a screen on your desk…or screens depending on how you prefer to do your work.  Your tablet and cell phone can connect you to the internet and take up very little room.  You can watch television shows on a computer, or on an app or any number of ways.  These are all things we never dreamed of.  The top of the line computer game at our local Yacht club was a little ball on the screen that you could hit back and forth with paddles and was the size of a whole table.  Now they play games that are realistic…maybe too realistic and on little screens.

As a child, the car was something that had a lot of parts, but they were fixable.  Backyard mechanics were not all that unusual.  The cars now have computer parts.  I’m never sure if that is good or bad.  I think there is a mix.  Things can happen that didn’t seem to with the older cars.  We also had one of those little triangle windows that allowed some air in the car if you didn’t want a full open window.  You don’t see them in today’s cars.  It seems the cars more or less look similar to each other now.  When I was a kid, each car had a different style.  I was born in the early 60’s.  Anyone seeing the cars from the 60’s and 70’s would understand that they were all different.  Some of them were literally huge.  No one worried about gas…not like today.  There were also a lot of larger cars.  Now with the cost of gas and eco-friendly concerns, they seem to have reduced the number of actual types of cars on the road and many have a standard look.  Of course, when I was a child, there were also some tragic accidents because seat belts were not made mandatory until I think I was in my teens.  Now, that was a good change.  It has been proven to have saved lives.

I’m not sure exactly what has changed with regard to kids.  Kids would play outside.  Parents were heard to say children should be seen and not heard.  Now, they scream their lungs out in stores and no one does anything about it.  Some also leave kids in the car unattended.  I remember when one parent would be in doing something, if we needed to be out in the car, there was always an adult left out in the car with us.  I’m not sure what changed there.  There seems to be some disconnect from what we learned and were taught as kids and what is going on with families now.  Granted, my mother was a teacher.  Maybe we had to learn more manners.  Though we did get up to the odd thing, it was never very harmful stuff.  As my mother said, she learned as a mother not to be embarrassed by what other people did…which I suppose suggests that my memories may be a little less than perfect about our manners.  However, I do remember, while in school, the teacher coming in and giving us a lecture.  It summed up to when there were older people on the sidewalk, we were to make sure that we moved aside and let them pass without bothering them.  Apparently someone had called the school and complained.  I remember some friends and I were out walking and seeing someone older and we moved aside and let them pass.  Now, if something like that happened, they likely would have parents up in arms about how they lectured their kid and their kid had every right to be on the street.  Remember parents, you were kids too at one time.  Let the elderly walk unimpeded.  You’re going to be one of them some day!

Thanks for listening to my podcast and/or reading my blog post and thanks for your interest in A & J PEI Treasures! The podcast corresponding to this blog post is on Anchor FM: https://anchor.fm/a–j-pei-treasures/episodes/Time-Changes-Everything-e1h7seg 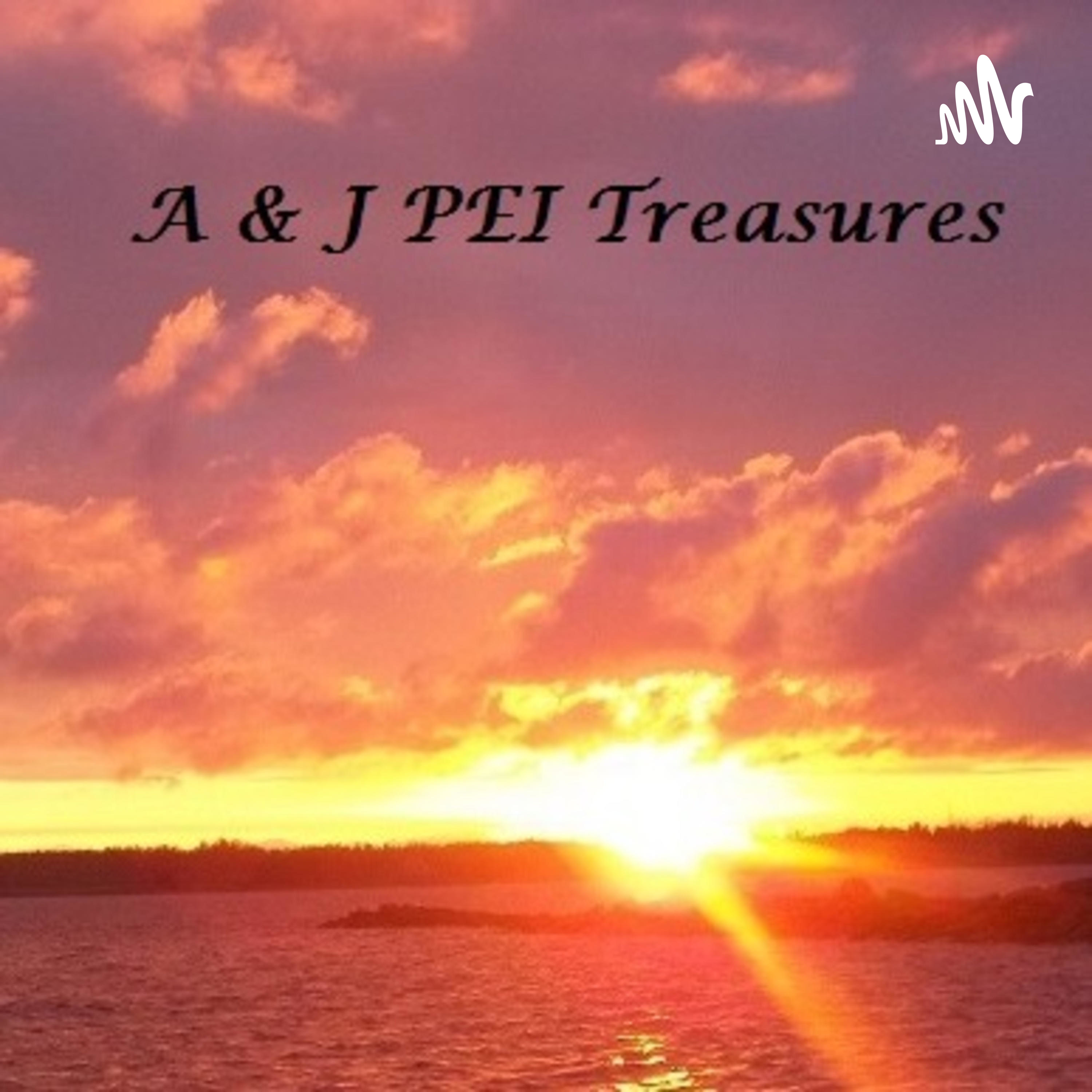 Welcome to the A & J PEI Treasures E Jean Simpson author podcast and blog post. Today I talk about changes in the world. How much has changed in only 50 years. Things we hadn’t dreamed of when I was a child are reality now. If you want to find out more, stay tuned! Applause courtesy of Freesound: https://freesound.org/search/?q=applause+51743&am… Thank you Andrew Simpson for help with the proofreading and creative input (the A in A & J PEI Treasures) Thank you Anchor for the resources to get the podcast done from my computer! Thank you to all forums that carry my blog post and podcast! Thank you to my listeners, readers and people who want to make this a better world. Our Blog Posts are available on WordPress: https://wordpress.com/sites/aandjpeitreasures.wordpress.com  and GoodReads: https://www.goodreads.com/author/show/20155854.E_Jean_Simpson_BEd_BA_MA/blog Podcast are available on: Anchor FM in a variety of formats: https://anchor.fm/a–j-pei-treasures iHeart Radio: https://www.iheart.com/podcast/269-e-jean-simpson-bed-ba-ma-a-82327485/ Podchaser: https://www.podchaser.com/podcasts/e-jean-simpson-bed-ba-ma-autho-1715585 Amazon: https://music.amazon.ca/podcasts/879afe63-b03a-419d-8c13-068892219490/E-JEAN-SIMPSON-BED-BA-MA-AUTHOR-A–J-PEI-TREASURES My e-books can be found on: Amazon: https://www.amazon.com/E.-Jean-Simpson/e/B089Y5LWHS Smashwords (Affiliate Link): https://www.smashwords.com/profile/view/?ref=ejstooor  https://www.smashwords.com/profile/view/ejstooin a variety of formats and I’m AFFILIATE  there. We have a Youtube Channel:  https://www.youtube.com/channel/UC5zpCudGThZpEC92ZgHm13A You can find us on Twitter:  https://twitter.com/EJS08026749/ Keep watching for more e-books and more formats! We’re always working on something. Thank you!

Our Blog Posts are available on

Podcast are available on Anchor FM in a variety of formats:  https://anchor.fm/a–j-pei-treasures iHeart Radio: https://www.iheart.com/podcast/269-e-jean-simpson-bed-ba-ma-a-82327485/

All my e-books can be found on:

Keep watching for more e-books and more formats!  We’re always working on something!  Thank you!

This site uses Akismet to reduce spam. Learn how your comment data is processed.